NTRW is supported by adverts and affiliate marketing links. This means if you click a link or buy a product, we may earn a commission at no extra cost to you. Partnerships help fund this site. For more info, please see our Earnings Disclosure.
This site does not constitute as legal, mental, or medical health advice, please consult a competent licensed professional.

Our Top 4 Scripts For Calming An Angry Person Down

by Never the Right WordDealing with Life Events or Advice, Dealing with Loss and Rejection, Handling Conflict and Complaints

It’s easy to get caught up in a rage when you’re confronted with an angry person; you can respond defensively or with a counter-attack, and this will likely make the situation far worse. To keep the things under control it’s imperative to react calmly and empathetically, but that’s easier said than done when you’re facing a barrage of bad behavior. So, how do you maintain composure and detachment when it’s all too easy to jump on the bandwagon?

So if you’re somebody who struggles with knowing what to say to angry people, then read on. In this article, we’ve outlined four scripts you can use to calm an angry person down.

What are these scripts going to do?

Take anger out of the equation and dissipate further frustration, followed by an appropriate course of action. How do we break the anger cycle? Through empathic and presumptive statements and allowing the person to express themselves without judgment or matching their tone.

As humans, we all want to be understood. Empathic comments summarize a person’s feelings and reflect that same message, back to that person. The basic formula for constructing empathic statements is, “So you feel…” This keeps the focus on the person in question and away from you. The best thing about these kinds of statements is that they do not add fuel to the fire, and you don’t have to agree, you merely reflect the angry person’s feelings back to them.

Be able to discuss what you are feeling openly is a critical component to breaking the cycle of anger. Empathic statements portray the target of the rage as non-threatening, which in turn minimizes the impact of our flight or fight responses. Once our frustrations are expressed, we can see clearly because our anger will start to dissipate. After the person has finished ranting, there is likely to be a pause where you can make an empathic statement. Since empathic statements encourage more ranting, the angry person will likely continue until all the anger is spent. This is when you can offer a solution.

Presumptive comments direct the angry person to take a course of action that leads toward conflict resolution. Presumptive comments are expressed in such a way that angry people are likely to have difficulty not following the solution. This requires that you listen to the offended person’s point of view. This article may contain affiliate links. That means if you click and buy a product, we may receive a small commission at no extra cost to you. Never the Right Word is a participant in the Awin Affiliates Program, an affiliate advertising program designed to provide a means for sites to earn advertising fees by advertising and linking to participating merchants. For more information, please view our Privacy Policy and disclosure page.

I really want to understand what you’re trying to say but in order to do that I need you to express yourself differently. I’m having a hard time understanding because you’re talking a little too fast/loud for me. Please tell me what exactly happened?

As the person explains the situation allow them to rant for a few seconds, and then calmly ask for a pause so you can take a moment to understand what they’re saying. Then allow them explain again without interruption. When they finish, take a moment to pause and reflect before responding. This will likely make them feel as though that you are truly listening to their concerns and will in turn begin to dissipate the anger. Script 2 | Identify the Cause

You seem extremely frustrated, what exactly is upsetting you?

You sound very upset- why?

People are likely to be willing to talk about their feelings if you phrase this empathetic statement as your perception rather than a fact. Pinpointint the exact emotions and the cause and this will lessen the chance of further escalation as a result. 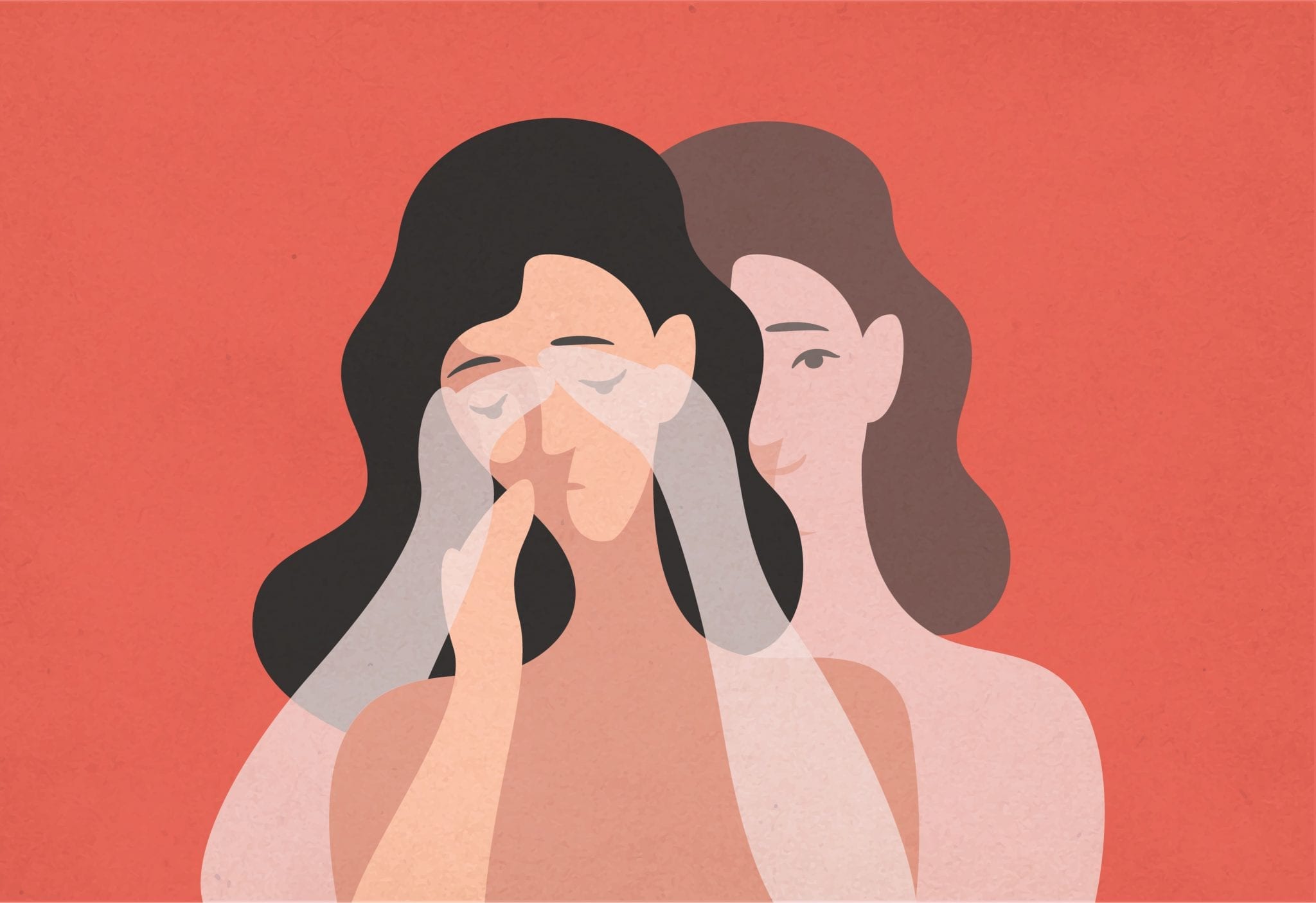 Script 3 | Make Sure You Understand the Cause of Anger

And I’m also guessing that you feel very disappointed about the circumstances. Can you help me understand your point of view further? What about the situation is irritating you the most? Script 4 | Ask Them How They’re Going to Move Forward.

I can understand how you have felt frustrated about [Insert Cause of Anger]. Given the situation, what do you think are the best steps for going forward? If you know what you’d like the outcome to to be we can come up with some ideas of how we can make it happen.

This statement will depend on whether the desired outcome is actually achieveable. The reason this script works is that when you “lean into” someone’s anger rather than take offense to it, the person in question is likely to feel less alone and victimized. Boom! What anger? In all types of relationships, it’s important to know how to deal with angry people calmly and assertively. Start by finding the root cause of the problem by asking the person in question open-ended questions. The scripts are simple, yet effective methods to calm angry people down. Using these scripts will allow you to maintain control of emotionally charged exchanges. These scripts also provide a directed course of action to resolve conflict whilst maintaining full control of your own behavior and emotions.

At Never the Right Word, our aim is to give you practical examples of how to handle life’s difficult conversations. If you have an awkward situation that you’d like example templates for, request a topic here.

If you’re interested in further reading, we’ve also included links to our trusted resources and related posts below. To find out more about NTRW and our recommended tools, you can do that here.

Lastly, if you found this content helpful or want to share your own examples, let us know in the comments. We’d also be delighted if you shared this article and joined us on social media too! Hi there! I’m Amy, and I’m the person behind Never the Right Word. I’m a designer-by-day who’s fascinated by human psychology; you’ll find me learning about what makes others tick through all types of media and good old-fashioned conversation.

In 2019 Never the Right Word was born to fill the gap of ‘how-to’ websites with copy and paste examples showing you EXACTLY what you need to say to steer difficult conversations into positive outcomes. Explaining a Family Member’s Cancer to a Preschooler

END_OF_DOCUMENT_TOKEN_TO_BE_REPLACED Can ISTJs Have Successful Relationships With ENFPs?

END_OF_DOCUMENT_TOKEN_TO_BE_REPLACED Can ISFJs Have Successful Relationships With INTJs?

If there was a book perfect to go alongside this website THIS would be it. In Delivering Bad News in Good Ways: Turn Difficult Conversations into Purposeful Dialogue,  author Alison H. Sigmon, M.Ed., PMP gives project managers a practical, easily applied method for quickly evaluating and effectively responding to the need to deliver unwelcome news appropriately. What we enjoyed most about this book was how each chapter begins with a relatable (and very often hilarious) real-life example with quotes, followed by a concise 3-step solution; Separate, Evaluate, and Deliver. CLICK HERE to get your copy. 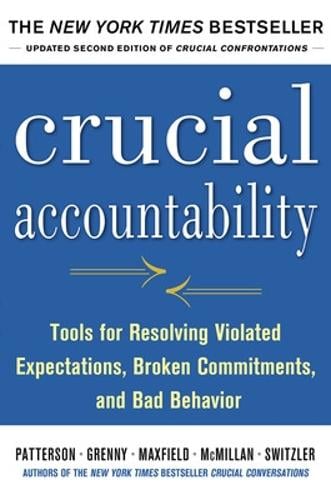 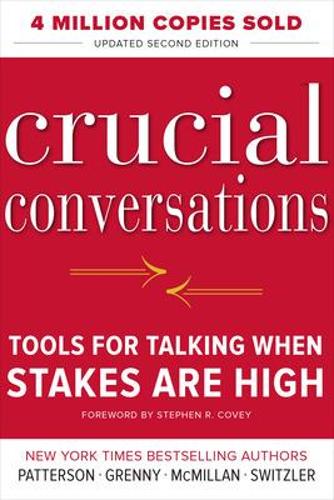 Crucial Conversations gives you the tools you need to step up to life's most difficult and important conversations, say what's on your mind, and achieve the positive resolutions you want. The framework provided in this book is extremely useful, and the reader is given options on how to improve their crucial conversations. This new edition gives the reader the tools to; prepare for high-stakes situations; make the situation safe enough to discuss anything; transform strong emotions into powerful dialogue and best of all be persuasive, not abrasive. CLICK HERE to get your copy of Crucial Conversations.

If there was a book perfect to go alongside this website THIS would be it. In Delivering Bad News in Good Ways: Turn Difficult Conversations into Purposeful Dialogue,  author Alison H. Sigmon, M.Ed., PMP gives project managers a practical, easily applied method for quickly evaluating and effectively responding to the need to deliver unwelcome news appropriately. What we enjoyed most about this book was how each chapter begins with a relatable (and very often hilarious) real-life example with quotes, followed by a concise 3-step solution; Separate, Evaluate, and Deliver. CLICK HERE to get your copy.

Like Our Site? These Are the Resources We Recommend.

To build this site we used these highly recommended tried-and-tested tools:

The Elegant Themes membership gives you complete access to 87 amazing themes and 3 awesome plugins, including Divi, the ultimate WordPress Theme and Visual Page builder. Elegant Themes have been building the world's most popular WordPress themes for the past 10 years, and rest assured their products will always be improved and maintained.

We Build With Divi Theme

One of the most popular WordPress themes in the world. Building layouts is easy and fast, making it ideal to create mockups and wireframes, prototyping a design, and creating the website itself. Build from the frontend or backend. The builder is intuitive. It's easy to learn and can be used by non-developers to create amazing websites. Check out the official Divi Theme here. 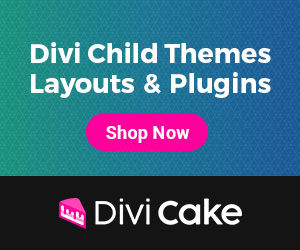 We Customize With Divi Cake Plugins 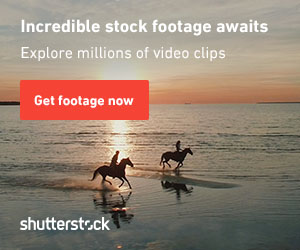 We get our images from the OG leader in stock assets. Boost your business with the right images. They're royalty-free and ready to use. Footage & Music Libraries. 4k Images Added per Hour. No Daily Download Limit. Speedy Search & Discovery. With flexible plans and countless amounts of premium content uploaded weekly, we couldn't leave Shutterstock off our list.

When you want to enhance your professional skills with expert-led, online video tutorials, the only place to go is LinkedIn Learning (Lynda). With a subscription you get 24/7, unlimited access to over 13,000 business, design & tech online courses and with a free month. We like them because we get expert-led courses that we can access anytime, anywhere. What's not to love?

SiteGround boasts a whole list of fantastic features at amazingly affordable prices. Along with multiple growth options, free site transfers and domains, built in Content Delivery Network integrations, WordPress support AND human support we wouldn't go to anyone else. They're basically faster, safer and more supportive- you can check them out here. 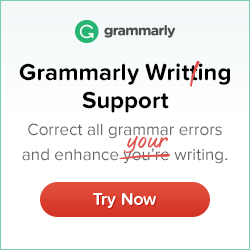 Even seasoned writers need a helping hand at times, that’s why we trust Grammarly Premium. As the World's Most Accurate Online Grammar Checker, Grammarly Premium goes beyond grammar to help you ensure that everything you write is clear, engaging, and professional. Learn more about Grammarly Premium’s AI-powered assistant here. Creative Market is the world’s marketplace for design. Bring your creative projects to life with ready-to-use design assets from independent creators around the world. We love the unique finds, social media templates, vectors you name it they have it. I also doesn't hurt that our founder has a little store on there...

Become a Patron!
Donate to Never the Right Word and keep us accessible to all. Thank you!

Stay in the Loop